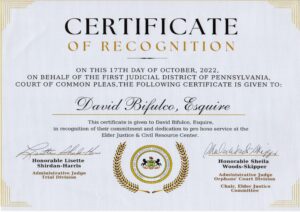 ‘Best interest of the child’ Always at the Heart of Custody Cases, Montco Today, August 1, 2018.

Question: A forty-year-old friend of mine lived with his mother and seven-year-old daughter for the child’s entire life until his recent death.   He had legal custody of the child with the exception of the two weekends a month the child was with her mother; for a period of time, these visitations included required supervision due to drug convictions and a record of abuse of her oldest child.  Although the mother is currently clean and undergoing court-mandated drug monitoring, she has been in-and-out of rehab and prison for five of the child’s seven years, and has expressed little interest in being involved in her life. Through dubious means, the child’s mother obtained unsupervised custody the day after my friend’s funeral, is refusing to return the child to her grandmother, and has ignored all attempts at communication.  Although a custodian in-case-of-death was not established in the custody order, it would seem to be in the best interest of the child to remain with the grandmother rather than with a mother she has never known and who appears only interested in obtaining custody now for financial reasons.  Does the child’s grandmother have any recourse to obtain custody? Read More>>